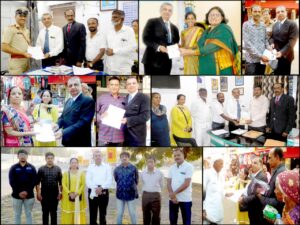 People took a pledge to reject the misconception of Black Fourteenth. Superstition, wham, miracles, idolatry ravaged the people with havoc. The government system wholeheartedly helped the Jatha. The awareness effort was successful. Rage against bigotry was seen everywhere in Rapar taluk. People will develop scientific approach by visiting the crematorium on Kali Chaudash night.

Ahmedabad: As part of the nationwide awareness campaign against the misconception of Kali Chaudash, the state office of Bharat Jan Vigyan Jatha distributed public awareness leaflets in Wagad Panthak of Kutch. A pledge was taken that 14 people would visit the Swayambhu Crematorium and develop a scientific approach. It was revealed that superstitions, witchcraft, miracles, idolatry, rituals, superstitions have ruined the people with havoc. The scientific understanding that Kalichaudas is not a heavy or inauspicious day was given.

Jatha’s state chairman-advocate Jayant Pandya while distributing the public awareness pamphlet in the police station, Mamlatdar office, municipality and rural and Mali Chowk said that the area was selected due to the high level of superstition in Wagad Panthak. In this area, science-technology use is not seen in the inner villages from the road. Progress is inevitable. The condition of the people is seen as normal. Deprived of government benefits. Some people met citizens face to face who had never seen Rapar or Bhuj. There was awareness in the health service. There is an area surrounded by Kurivajos. Getting out of mental retardation has felt like rain. Jatha tried to explain the times. Innocent-naive people showed unrequited emotion. It seems that the Wagad Panthak will have to spend special years in ridding itself of superstitions. People’s movement will bring results. The jatha has visited government offices. Frequent meetings have to be held for civil rights.

In addition, Pandya said that in the distribution of awareness leaflets in rural areas on the road from Rajkot to Rapar, information about Bhuwa-Mujavaros, Fakirs, Tatriks was found which startled the Jatha. It was listed. A ray of hope has arisen from social media in Kutch. The future generation will benefit from knowledge. Kurivajos are such that they demand hard work. The system was found helpless in setting up the facility. A primary conclusion is that early marriages would have been numerous. Quarrels over small matters can take a big form so awareness is necessary in families. A special project will be prepared and actual work will be done to distribute the awareness pamphlet against Kali Chaudash. Jatha has decided to work for innocent people. A large number of people took advantage of the pamphlet. Jatha members Husenbhai Khalifa, Dineshbhai Marwada, Diptiben Thakkar, Sejalben Joshi, Pintubhai Vaghela, Jadugar Gajjar, Shivji Kanabhai, Bhaktiben Rajgor workers of Ishar Sanstha joined the Wagad Panthak. 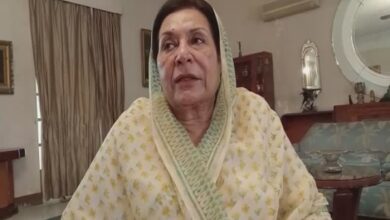